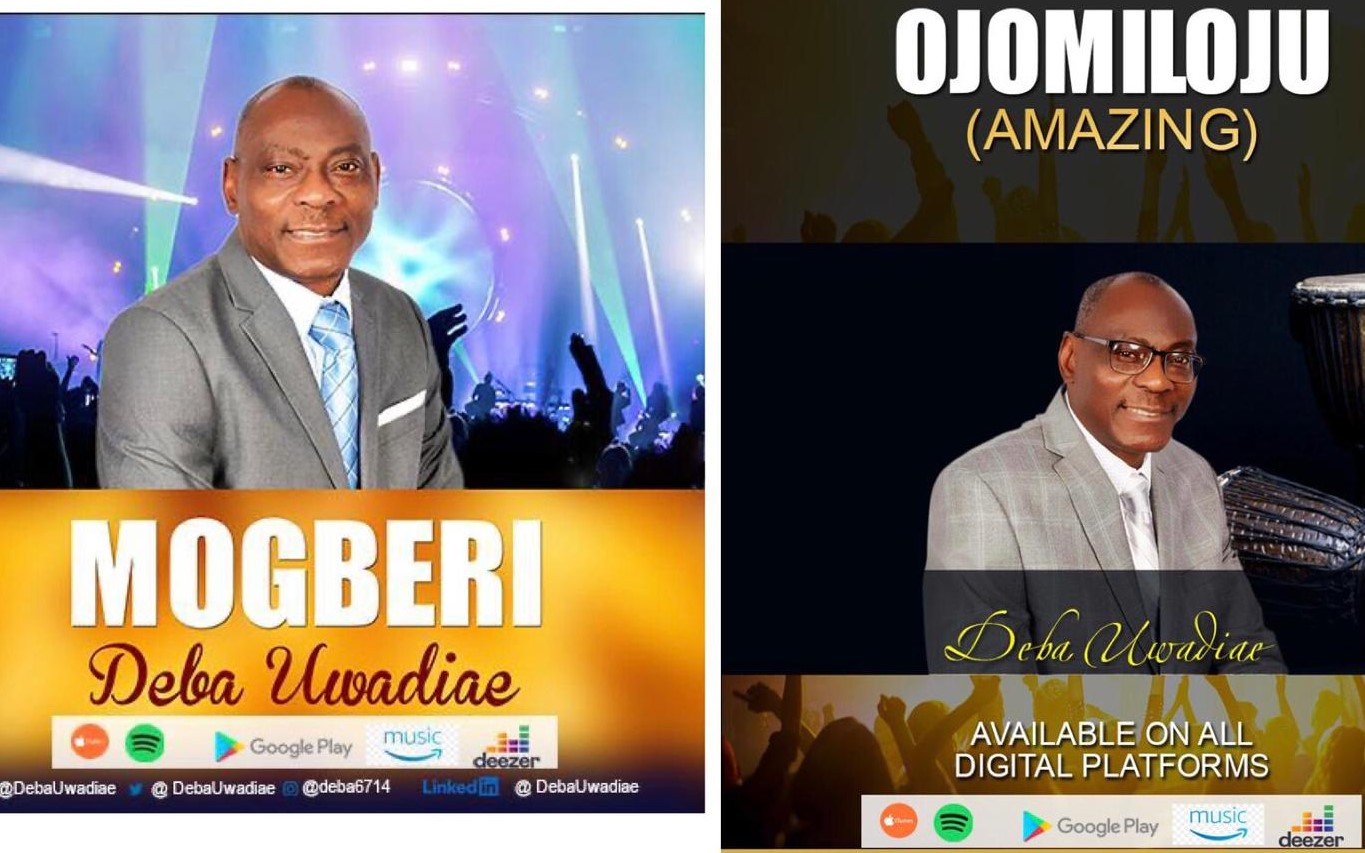 “It is an extension of news writing and storytelling,” said Deba Uwadiae.

“The two songs rendered in Yoruba language spoken in South West Nigeria tell inspirational stories that fit different moods, experiences and occasions with “Ojomiloju” acknowledging the grace and wonders of the creator in human lives. “Mogberi” acknowledges inclusive accomplishments through the role and support of the creator, parents, spouse, children, education, work and style.”

According to him, “I started writing songs in 2008 with the first song “Kids to Serve” done and produced by Manny Eke in Lagos, Nigeria. I hope these two songs done by me will be inspiring, appealing and encouraging to people because of the messages in the lyrics.”

Lagos, Nigeria-based music producer Richard Efunbote described the two songs as “well produced. I just love the simplicity of the choice of chords and progression of the songs. More so, your voice is well projected. Honestly, I am stunned.”

Also, Dr (Pastor) Oduware Uwadiae said “Ojomiloju has a message and can be played in the background in a religious audio and video teaching. It can also be used in testimonies to express the goodness of God in a Thanksgiving.”

The two songs were produced by Theo Odiifuo of OD4 Music with James Quartey as executive producer in Columbus, Ohio. The songs are available on all digital platforms.

Deba Uwadiae is the publisher of New Americans magazine and author of “Coming to America: Early Life in America and Citizenship.”