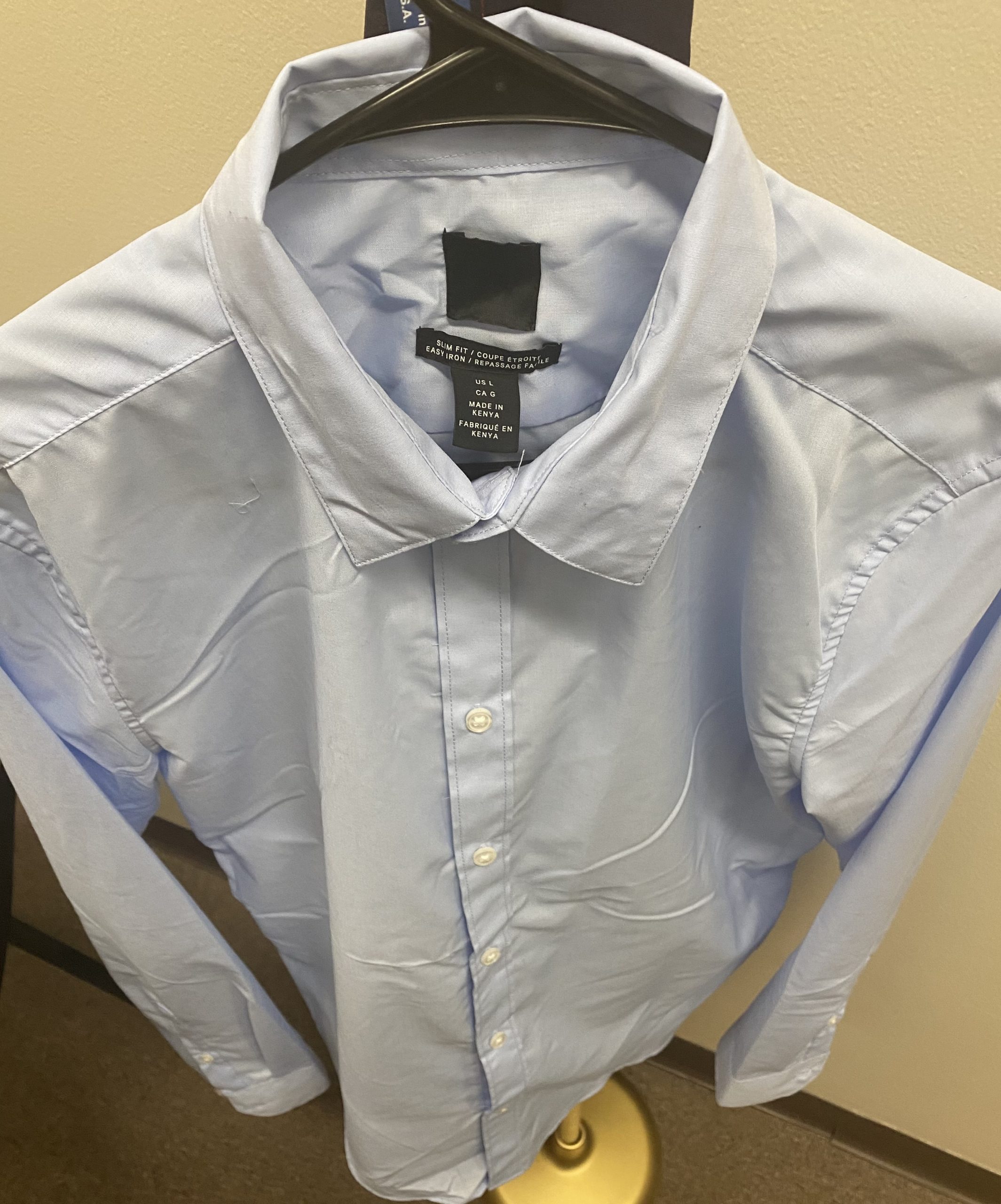 Made-in-Kenya, Africa corporate shirts have made international appearance with ongoing sales at H&M stores in Columbus, Ohio alongside Made-in-China, Bangladesh and USA.

Often, African shirts on the international racks are the kitenge, kente, adire and others that reflect the region or country in Africa and not corporate long sleeves or short sleeves shirts for a conservative office environment.

Though the factory that produced the shirts at H&M was not on the label, the implication is that corporate shirts produced in African countries have likely passed quality test, can be sourced and sold in American mega stores.

Ohio-based Attorney Emmanuel Olawale said, “either way whether the factory is owned by Africans or westerners they still bring money to the local economy.”

“Most of the products we use here are made in China because labor is cheaper there. I-phones, Nike shoes are all made there, even though the companies are American.”

Also, Ayo Akinuli of Boldstep Entertainment described it as “great development. To fully develop Africa to its full potentials, the exportation of our goods and services to the rest of the world is paramount. I’ll be buying.”

Deba Uwadiae is a Nigeran American international journalist, Editor-In-Chief and publisher of the New Americans Magazines, Columbus, Ohio, United States. He has reported events and stories from different countries in Africa, Europe, Asia and North America.
Previous Post Trending: GameStop stock began 2021 at $18.84 now trading at $340
Next Post A Need for Credit Repair