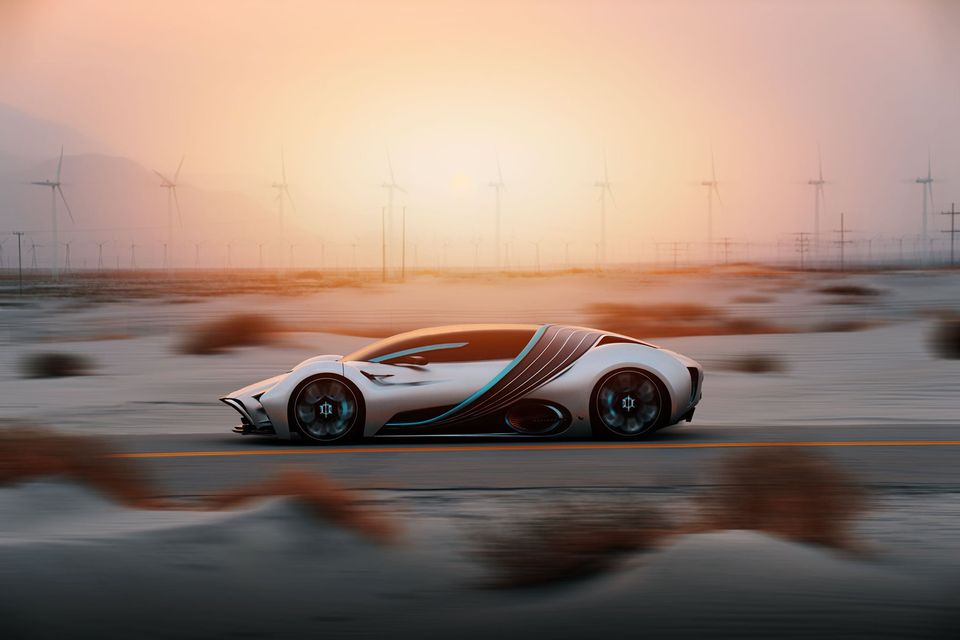 The former Columbus Dispatch printing and operations center, off Georgeville Road exits in Columbus, has a new owner. Hyperion Companies Inc., a green hydrogen technology based in Southern California and co-founded by an Ohio native, Angelo Kafantaris, is moving its global headquarter to the 65-acre facility just 10 minutes from the Hilltop reinvestment district on the west side of Columbus.

Co-founders Angelo Kafantaris (CEO) and Lawrence Lubbers hope to bring their innovative hydrogen-electric technologies spacelike experience back to Ohio, where it all began. Although the global headquarters is relocating to Columbus, some of the company’s operations will remain in Orange, California. There’s another facility in Cleveland and now Columbus.

Hyperion XP-1 is the company’s latest invention, which runs on hydrogen power, and it was made public on August 20, 2020. It can go up to 221 mph, has 1000 range miles, can go up to 0-60 mph in seconds, recharging can be between 3-5 minutes, and is all-wheel drive (AWD). Other features of XP-1 include V-Wing doors, Ultra Lightweight when it comes to performances, a glass canopy design, and controllable tint to give its driver an Outer space experience of a lifetime.

“Hyperion XP-1 is a small piece of the narrative for Hyperion. It is about introducing why Hydrogen is so good. It is electric technology that stores its energy in electrons. The vehicle is mass-energy storage; it has unlimited power with Hydrogen has massive megawatts, gigawatts of energy that are not possible to store with batteries,” CEO Angelo said.

The technology and manufacturing sector in Central Ohio is blooming right before our eyes. Intel, the world’s largest semiconductor chip manufacturer, announced most recently that they would be building a $20 billion mega-plant near Columbus. It will become the “largest” economic development in Ohio’s history.

On February 1, 2022, Hyperion Motors, Inc announced that it is moving its global headquarters to Columbus, making it the “largest” manufacturing investment in Columbus in the last decade.

“Columbus is now a magnet for historic investments in technology, clean energy, and the future of mobility,” Mayor Ginther said.

The city anticipates that Hyperion’s will have a strong presence in the design and manufacturing industry, especially with the plans to employ over 700 workers, including ten executives from the CA area. Hyperion will have more than 100 engineers, 230 manufacturing employees, and more than 100 facilities quality control along with warehouse personnel”, the city predicts.

Intel and Hyperion heading to Columbus is an excellent addition to the Hilltop district and other neighborhoods because the city has been pushing for growth in those areas, making around $35 thousand a year. With the development of more manufacturing and technology companies, “It represents a promise and prosperity for many of our neighbors,” Ginther said.

The newly appointed economic development committee chair Columbus City Councilman Nick Bankson, added that “he is excited about this project and the opportunity this project will bring to the residents of our great city.”

Councilmember Bankson also stated that Intel and Hyperion’s announcement is a testament that the city of Columbus is becoming a national leader in the tech and manufacturing space right before our eyes.

California has a hydrogen infrastructure already. It is fancy, but it needs a lot of work, but our goal is to bring that infrastructure of building an electric car to Columbus and this region and improve upon it. It will help open a new market for Hydrogen across the country to expand possibilities. The former Columbus Dispatch Print and Operation is 65 acres of land, so there’s a lot of room to grow. We are working on other projects that may require more space, and this location presents us with the opportunity to explore that option (Angelo).

We are making fuel cell packs here. Also, we have a new product that we will be releasing that will be more in tune with that. The vehicle itself, the majority of it, will be built here, but the final assembly may be nearby the location”, Angelo added.

Angelo Kafantaris, CEO of Hyperion, spoke to the New Americans Magazine about tackling the supply chain challenges, and relocating will bring more than just jobs. The CEO family is originally from Greece and admires how Central Ohio is becoming a welcoming city for refugees and immigrants.

Manufacturing is like an actual test of validation. It becomes of the highest importance to manufacture, and as it relates to this region when you’re picking a manufacturing location, you need everything to line up to be successful. A company will need to research with local universities. They’ll also need a manufacturing base with local experience, in addition to having a business-friendly community. When a company like Hyperion has all of these things together, working with various organizations and existing partners, it helps increase economic growth in the area, and supply networks align.

Showing a car to consumers is something to be excited about, but more importantly, it’s really about the fuel cell, and that fuel cell we now have the opportunity to build here in Ohio. And in doing so, it will test all of the possibilities within manufacturing and test its validation (Angelo).

There are many cautious forecasts to happen when you assemble our products. There’s a lot of stamping, and there’s a lot of coding. Then there’s casting, so many heavy industries are used, but it’s pretty advanced in terms of the precision level. Therefore, having a talent pool with that skill is necessary (Angelo).

“The relationship between the state and the city for these opportunities is performance-based. So, if we get these jobs, we’ll see those benefits throughout the city. I want to thank everybody who made this possible. Significant thanks to Jobs Ohio, who did a fine job laying out exactly what was available here in Ohio. Thanks to the whole city, we love working with everybody, and we are so proud to be coming back home.”

“We’re structuring this to reflect the communities, specifically the teen’s neighborhoods, by accessing all ranges of jobs from high-tech jobs to medium and low tech. It will help increase job growth, and people don’t have to worry about losing their jobs or complaining about the company. So, this is a fast-growing sector seen already putting about 2 to $3 trillion of investment in this past year”.(Angelo).

“We anticipate Hyperion will invest nearly 300 hundred million dollars in its new Columbus facility. They will also invest 60 million dollars in annual payroll for their Columbus employees. The global headquarters will be ten minutes away from the Hilltop district, a neighborhood that the city of Columbus has focused on collectively investing in and lifting to see economic growth,” Mayor Ginther said.

Projection This is an industry that’s growing! And so, to the people of Columbus and Central Ohio, our company and this field is a fast-growing industry showing no signs of stopping and is projected to go to $11 trillion a year by 2050. It will also be one of the largest industrial sectors in existence. We’ll have more jobs here in this region, and with the right technology, people will not have to worry about losing their jobs