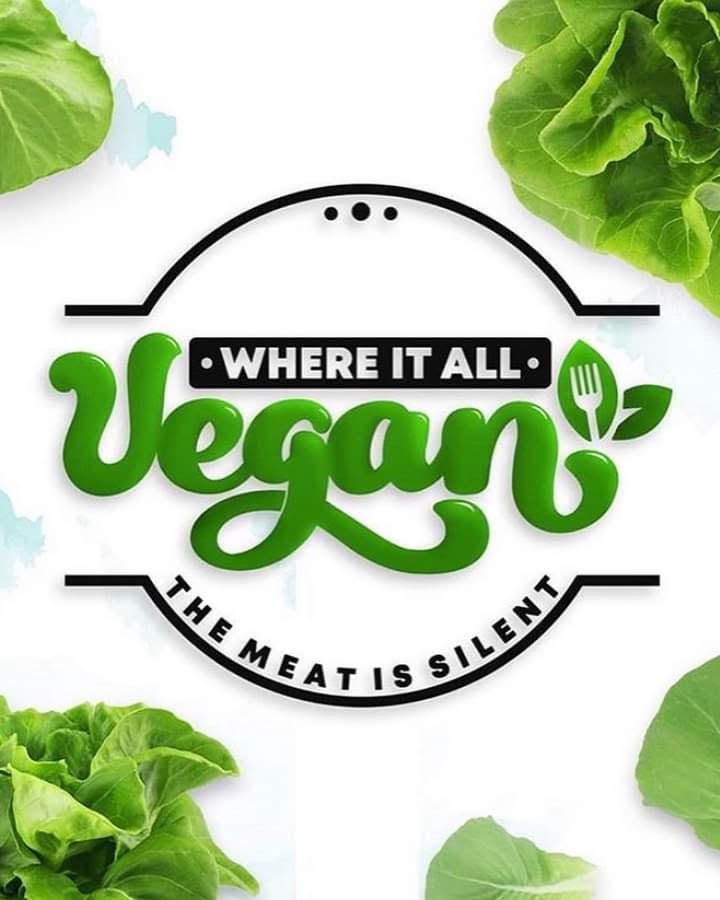 Grannies guide to Where it all Vegan

The owners of “Where it all Vegan” found love at a very young age, and as adults, they started their business by relying on one another and trusting the process. They learned their ways in the kitchen through their grandparents. Finally, using education to manage their business and put their vision on the map for the community to see and appreciate. Going vegan was a personal choice that worked out for the couple, and they wanted to share that with the world.

Deunte “Ty” Banks is originally from Fairhope, Alabama, and graduated high school in two years. Upon graduation, Banks went on to get his Bachelor’s in Communications from Ohio State University with a focus in media, marketing, and advertising.

The New Americans Business Magazine spoke to “Where It All Vegan” owners about their humble beginnings and inspiration behind their business. They are also partnering with Crafted Culture, the first black-owned brewery in Central Ohio, and how his wife, the co-owner, has been his biggest supporter.

Ty comes from my grandfather; he used to call me Tiger, and it stuck with him through the years. My humble beginnings in the kitchen started at the age of five when my grandmother used to show me how to cook. Because of her, I decided to launch my business on her birthday, 9/28, to pay homage. Preparing breakfast was the first thing I had learned to make.

From there, my mother guided me and taught me always to stay curious and never be afraid to try new things.

With this mindset, no formal culinary school, or any experience, I convinced my wife to allow me to pull our savings and start a food business, cooking all of the things we have grown famous for with our friends and family. The name (Where It All Vegan) was my wife’s idea. I originally wanted to name it where it all began, but she looked at me and said, “I got It.”

I am a father of two beautiful boys and the husband of my best friend and high school sweetheart. In 2nd grade, I told her I was going to marry her because she was so beautiful and who would’ve ever imagined that we are still going strong and building an empire and creating a legacy for our children after all these years together. Once she said it, we both looked at each other, and I knew at that moment that this was going to be the name of our Family Business.

According to vegansociety.com, researchers have linked that going vegan could lower an individual’s chance of having high blood pressure high cholesterol and prevent heart disease. To reduce the possibility of having type 2 diabetes and some cancer, individuals must ensure that they have a well-balanced vegan option and find out what nutritional options are available for those who do not eat meat.

A vegan cannot assume that all vegan food products are suitable for their body. Vegans make vegetables as part of their meals, eat various food, choose whole grains, and discover new plant-based proteins. They must focus on fish-free omega-3s and always include vitamin D as part of their daily diet. Vegan food contains no meat, including everyday products and eggs; instead, it only includes vegetables, grains, nuts, fruits, and food that comes from plants.

We strategically create Healthy, Affordable, and Plant-based Alternatives that are flavorful and unforgettable. By utilizing local small businesses, as well as fresh organic ingredients, we provide a blend of Traditionally Southern and Latin-inspired flavor profiles to bring you an exclusive Vegan dining experience, unlike anything you have ever imagined. We have a rotating menu, so our customers are in for a surprise each week. We cater to both public and private events. We also teach plant-based cooking in the inner-city schools in and around the Columbus, OH, area.

We have officially partnered with Crafted Culture Brewery In Gahanna, Ohio, to bring our Vegan Soul-food to more minorities. IT WAS A NO-BRAINER when I first met the owner through a mutual friend. I wanted to ask how we could serve food at the brewery because the vibe alone was fire, but before I could even fix my lips to say a single word, he tapped me on the shoulder and said, “we have to do something together.” A few weeks later, he invited us to do a pop-up, and before we knew it, we had a fan base and following that would walk 1000 miles to get our food.

Anthony “Sizzle” Perry, the owner of Crafted Culture Brewing, spoke to the New American Business Magazine about promoting other black-owned minority businesses and teaming up with “Where it all Vegan.”

Early on in the Crafted Culture journey, we found out that there is power in the collaborative economic effort. To our surprise, it was effortless to find other businesses that felt the same. One of the most “energetic” businesses we encountered was Where It All Vegan. We like to say that it should feel like family when you are in our building. Their food truck was just that. We don’t view our relationship with them as a friendship or a fiscal venture; it’s a family affair. Our brewery could close down, as could their

One barrier to entry is simply trying to get funding for a minority-owned business/startup. Part of what drives our business is a need to help the less fortunate, and since our inception, we have made it our mission to use our excess inventory to feed those in need. Often, we have these great ideas, but many of us will never have the guts to take the risk. The thought of failure is far worse for some than the thought of possibly succeeding.

There is always something that will stand in the way, but we refuse to take no for an answer. Statistically speaking, 9/10 restaurants fail in their first year, and being a minority-owned startup business made it nearly impossible to get funding.

We learned that the only way we could survive was to fund the business ourselves until we could generate a profit. Well, our company started booming even though we were making thousands per month; after one year, we still could not get a bank or commercial lender to help us grow and expand our business. We decided to be our funding for ourselves. I sold my car to buy equipment, and we used some of my wife’s 401k to put the down payment on our first food truck.

Once the pandemic hit, we had to shut down, and it took almost six months for us to get back in operation. After we filed taxes on the business, we saw that things began to get easier as far as access to funding, and the reason being is that we didn’t know the company is technically a side hustle if you don’t make a certain amount/file tax. Now we have filed taxes twice and have received more funding/credit card offers than we could have ever imagined.

Despite losing our original truck, having to forfeit our storefront, and being forced to shut down for six months, the only thing I can say is I know God exists, and miracles do exist because if it weren’t for food, I probably wouldn’t be here today. Every Thursday, “Where It All Vegan food truck” will be at Crafted Culture Brewing in Gahanna, Ohio.